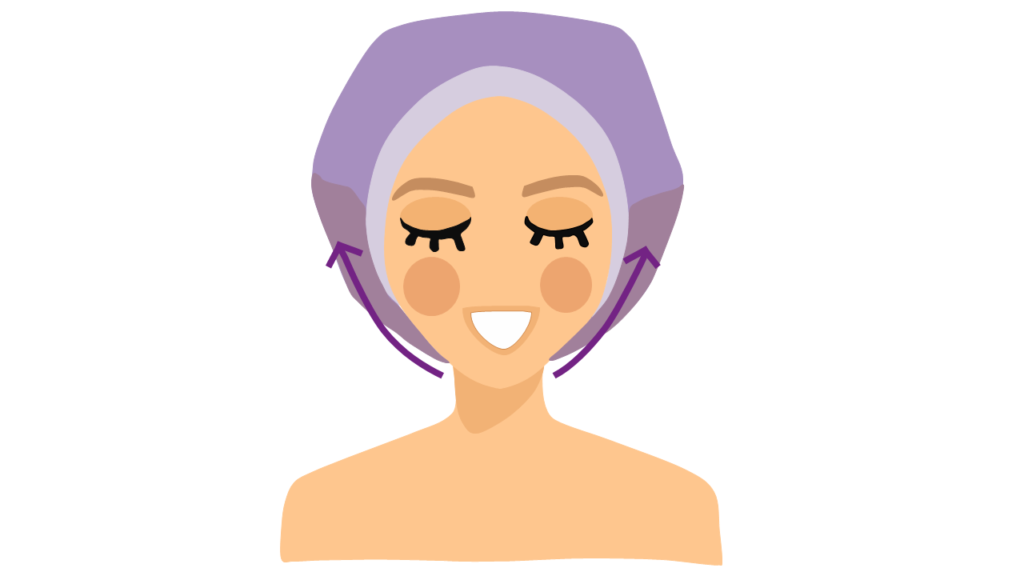 Facial fat grafting is a technique of using one’s own fat to reshape or rejuvenate certain areas of the face. When used all by itself, it can be called “fat transfer” or autologous fat grafting. These terms are interchangeable and both mean that the material transferred is the patient’s own tissue, usually taken from another part of his/her body. If this procedure is performed along with other facial surgeries (such as facelift), then it can be called facial fat grafting, autologous cheek augmentation, etc., depending on which area of the face was addressed during surgery. As opposed to artificial implants known as “fillers”, facial fat grafting uses real human tissue – not an imitation – and it has the ability to be naturally absorbed by your body over time, leaving no trace of foreign material. There are many modern techniques used to harvest fat from one’s own body and re-inject it into certain areas of the face. These include:

Generally, facial fat grafting is done under local anesthesia, with sedation or IV (intravenous) medication that makes you fall asleep for a short period of time during surgery. It can also be performed “awake” using twilight sleep medications, but only in select cases . The length of the procedure depends on how much fat will be harvested and injected as well as where it is being placed within the face – some patients require more than one syringe full due to the scarcity of fat cells in certain parts of the face. This is a relatively slow procedure that can take several hours, especially if it involves more than one syringe’s worth of fat cells.

The best candidates for facial rejuvenation using facial fat grafting are those who have normal skin thickness and elasticity, as well as good blood circulation throughout the body. Overweight patients (with excessive subcutaneous fat) may be acceptable candidates; however, due to their lack of natural collagen (which gives strength to the skin), they may not achieve satisfactory results with this type of surgery alone. Therefore, these individuals should consider getting liposuction prior to any facial rejuvenation surgeries whenever possible . Elderly patients who lack subcutaneous tissue can also be considered for facial fat grafting, but only in select cases.

The entire procedure is performed under local anesthesia, with sedation or twilight sleep. There are two general ways to harvest fat cells from the patient’s own body – through an incision/suction method or using a cannula (hollow tube). Incision harvesting takes longer and requires more skill on the part of the surgeon, but it gives better long-term results . Once harvested, the tissue is processed for injection into the desired area(s) of the face, which requires additional time. With cannula harvesting, large volumes can be obtained rapidly; however its safety and effectiveness relative to that of suction harvesting is still controversial .

Another important factor is your skin’s thickness. The thicker the skin, the more challenging it is to remove fat cells through an incision/suction method because there is less “give” in this type of skin (less layers to dissect through) . If your skin’s thickness is too great, then I would recommend getting liposuction prior to facial rejuvenation surgery whenever possible , if only for the fact that you will yield better cosmetic results.

The recovery time depends on how much fat was injected during surgery; however, most patients return home the same day and resume their normal activities within 7-10 days after surgery (full recovery can take up to three weeks). Bruising and swelling may be expected and usually resolve within one week postop; however, some degree of swelling (especially when large amounts of fat are injected) can be expected for up to three weeks. Discoloration of the skin in the harvested area may occur in rare cases, but usually resolves spontaneously within two to four months after surgery . Any pain or discomfort following facial rejuvenation using fat grafting is minimal.

A certain degree of downtime (a few days) is required if it involves more than one syringe’s worth of fat cells, but you can still feel free to lead your normal life by taking it easy. You should refrain from doing any strenuous activities that would jeopardize your safety or that of others around you for at least two weeks after facial rejuvenation surgery due to increased risk of bleeding and infections during this period.

Do not hesitate to contact us to book an appointment with some of the best facial fat grafting plastic surgeons in Dubai, UAE.