BOOK AN APPOINTMENT WITH: 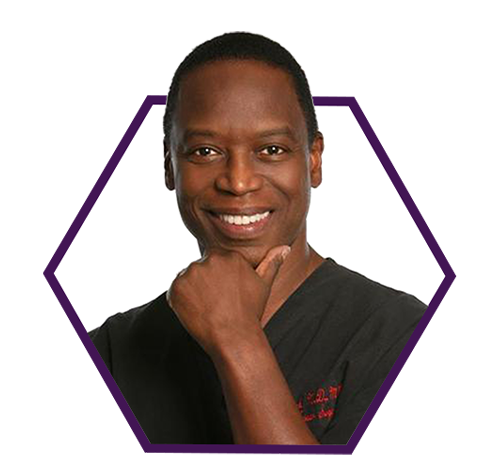 WHO IS DR. MATLOCK?

Dr. Matlock is the pioneer of Female Genital Cosmetic Surgery. He has trained more surgeons in Female Genital Cosmetic Surgery than any institution in the world. To date, he has trained over 435 surgeons (gynecologists, plastic surgeons, and urologists) in over 46 countries in his pioneering procedures, Laser Vaginal Rejuvenation® and Designer Laser Vaginoplasty®. He has treated patients from all 50 states and over 70 countries.

Dr. Matlock is a plastic surgeon driven by a passion to not just master his craft, but also to be an instrument in building confidence and achieving happiness that comes from feeling and looking at every patient’s absolute best. His specialization is in the fields of liposculpture, Brazilian Butt Lift, and female genital cosmetic surgery. With over 3 decades of professional cosmetic surgery experience, Dr. Matlock has undoubtedly built a name for himself and is a highly sought-after, elite plastic surgeon all around the world. Dr. Matlock is known for being innovative with his techniques, and below are just some of the trademark procedures he is well-known for:

Dr. Matlock developed this life-changing procedure to address two intimate issues that are common in women who have undergone childbirth or suffering from aging effects on their intimate parts: the decline of sexual gratification, and Stress Urinary Incontinence (SUI). As childbirth causes damage to the vaginal and perineal muscles, the Laser Vaginal Rejuvenation® procedure helps to reverse this by repairing and tightening the muscles around the vagina, restoring it to its pre-pregnancy and youthful state, and consequently enhancing sexual gratification. This groundbreaking procedure also addresses the SUI condition which causes embarrassing urinary leaks when coughing, laughing, sneezing, or exercising by tightening the relaxed muscles around the vagina. This innovative procedure pioneered by Dr. Matlock aims to empower women and make them more confident and in control of their sexual health.

Created by Dr. Matlock, this comprehensive set of procedures aim to address aesthetic alterations to vulvar concerns, whether brought about by aging, childbirth, or natural origins. The Designer Laser Vaginoplasty® is a definite gold standard in the field of female genital cosmetic surgery, and can yield amazing results that rejuvenate the overall look of the vulvar structure, making it look and feel like a 16-year-old again!

Dr. Matlock has practically perfected this procedure having done it thousands of times for over 20 years. The Brazilian Butt Lift is the ultimate sculpting method to create the perfect buttocks and involves transferring fat from other parts of the body to the buttocks to shape and augment the size, without the use of implants. To perfect the craft of creating the ultimate derriere, Dr. Matlock traveled back and forth to Brazil a total of 17 grueling times to research the famed shape, dynamic form, proportions, and physical beauty of the Brazilian buttocks. Aside from applying his expertise on butt augmentation, Dr. Matlock also provides help in correcting botched surgeries or disfigurements from illegal injections. Besides, Dr. Matlock plays a part in spreading the popularity of the Brazilian Butt Lift as it was featured many times during his 5 years stint in E! Entertainment’s reality TV show, Dr. 90210. The hit show further established his status as a prominent celebrity doctor.

Being a bodybuilding enthusiast and National Physique Committee competitor himself, Dr. Matlock certainly understands the desire for a chiseled body. This further pushed him to develop the Advanced Surgical Bodybuilding® procedure that aims to tone muscle mass. This surgical procedure uses a combination of Vaser Hi Def Liposuction and ultrasound intramuscular fat augmentation that focuses on shaping up and enhancing specific body parts, most popularly the Six Pack, obliques, LATS or back muscles, PECS or chest muscles, biceps, triceps, and deltoids. With a comprehensive study and countless successful outcomes under his belt, Dr. Matlock certainly is an authority when it comes to Advanced Surgical Bodybuilding® techniques.

Some of Dr. Matlock's work

Dr. Matlock has handled countless cosmetic surgery transformations which include the biggest celebrities around the world. He has also been featured in numerous media outlets worldwide, and his social media accounts are followed by hundreds of thousands of individuals globally. Read what some patients have to say about Dr. Matlock’s life-changing procedures:

ttlsb770

Vaginal Rejuvenation
Read More
"Lady Lift - After 4 Kids My vagina was lose and I would pee myself a little if I laughed too hard or if I coughed. Having 4 vaginal births my vaginal muscles were loose and my bladder had dropped. During my consultation with Dr Matlock he was very straight forward about what I should expect. The procedure was a little painful but I had planned to have a week downtime and I'm glad I gave myself extra time to relax. I'm..."

BeautifulMomma

Vaginal Rejuvenation
Read More
"Sex is So Much Better Now!!!!! Oh my goodness!!! I knew something was wrong but wasn't sure what it was until I started investigating on realself.com. That's when I saw the before and after pictures from the "Mommy makeovers". A lot of the 'before' vaginas looked like mine. I researched and found two doctors I like. I chose Dr David Matlock!!! I'm so glad I did. I am 48. I had the surgery last year. My vagina is 16..."

Pebblesp

G-Shot
Read More
"G-Shot (Amazing Experience) I have been contemplating the G-shot for quite sometime. I decided to call Dr. Matlock's office whom is located in Beverly Hills on Sunset Blvd. I have read such great things about Dr. Matlock on the web. My experience in his office was great. The staff is amazing! They are great at making you feel warm and welcomed. Griselda was great at explaining to me that this procedure will take about..."
Previous
Next

Beverly Hills Plastic Surgeon Centre by Cocoona is the leading institute for cosmetic surgery in the Middle East, and among our elite lineup of world-renowned surgeons is Dr. David Matlock. At his expert hands, you are sure to experience the premier treatment as he would for his countless A-list personality, international royalty, and Hollywood celebrity clients.

Contact us to book an appointment with Dr. Matlock during his regular visits in Dubai, and ensure to secure a consultation or treatment schedule before his elusive available slots run out! 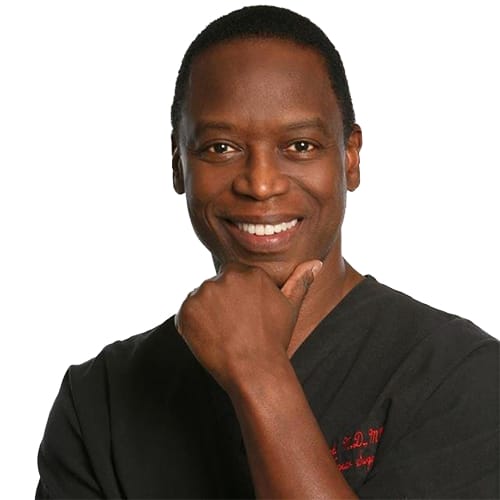 GIVE US A CALL

or Send us an Email